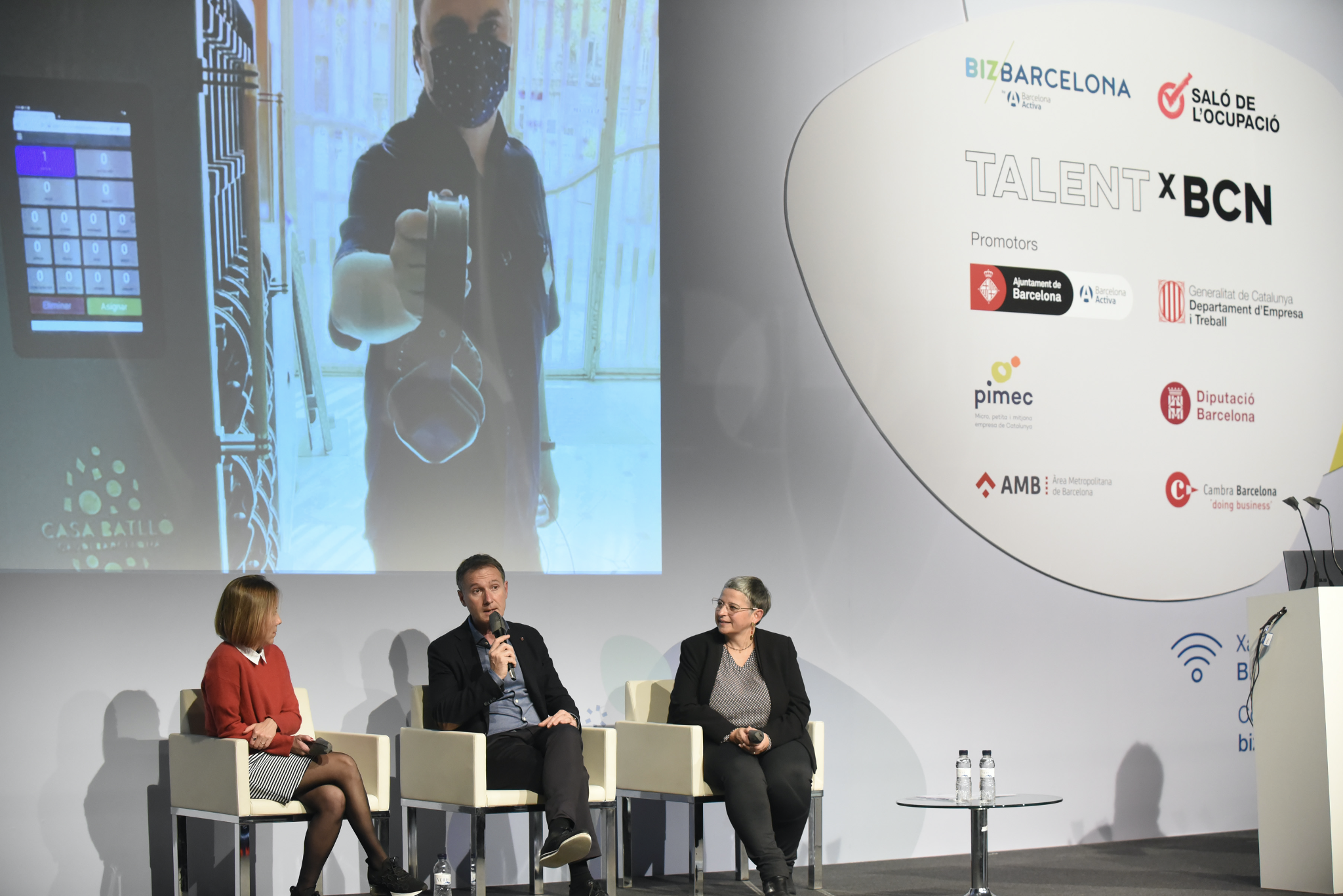 The organization explains the Casa Batlló project during the days of the Saló de l’Ocupació.

Specialisterne together with Casa Batlló inaugurated the Saló de l’Ocupació and the Fira Sí i Millor organized by the FECETC, visiting the museum institution on Monday, November 8, 2021.

The event began with a visit of the guests to the museum as a visitor does when he buys a ticket, that is, they made the tour with the intelligent audio guides and saw all the spaces that can be accessed in the house-museum . However, once they reached the attic, their headphones were picked up so they could go to the Auditorium; space where the parliaments of the directors of the host entities were held, Gary Gautier for Casa Batlló, Francesc Sistach for Specialisterne, Josep Roset for the FECETC and Raquel Gil as Commissioner for Employment Promotion and Policies against job insecurity of Barcelona City Council. Afterwards, the snack that led to the networking between the attendees was served.

Two days later, on Wednesday, November 10, the Head of the Visiting Department of Casa Batlló, Ana Acosta, and the Head of Human Resources of Specialisterne, Sònia Yanguas, participated in the Hall with the presentation of the museum project, explaining how the choice and inclusion of neurodivergent people is made, the follow-up and the day to day in the house-museum reformed by Antoni Gaudí. They also explained the work and management of the two organizations separately.

Acosta explained that the museum wants to be diverse and accessible to everyone, that they have already taken specific actions, but that to consolidate it they have wanted to bet on this group and start working on functional diversity from neurodiversity. Yanguas detailed that “the team of neurodivergent people who work at Casa Batlló is 42 people, from a team of 52 members. Therefore, it is the project and, also, the biggest challenge we have in Specialisterne ”.