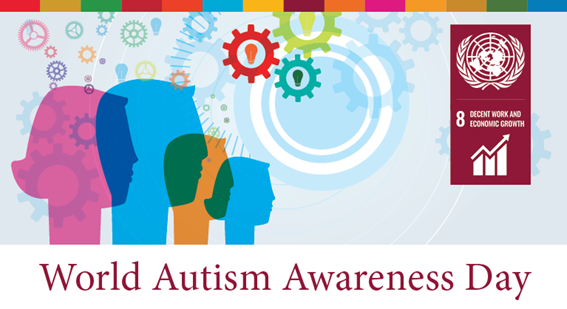 Today, April 8th, the United Nations, together with the Specialisterne Foundation, celebrated its event on the occasion of World Autism Awareness Day. In virtual format due to the pandemic, and broadcasted live on UN Web TV (where the video of the event can be seen), it has had the live participation of 8,600 people from more than 100 countries.

Thorkil highlighted how the job market has changed since 2015, when Specialisterne first participated in this annual event. Today it is a fact that neurodiversity inclusion programs have benefits for companies. Firstly, they allow access to talent. Secondly, making work environments more inclusive helps all employees. And thirdly, those same employees are more satisfied and proud to belong to their organizations.

Thorkil also announced the creation of an “Inclusion Award”, which will seek to reward the best inclusion initiatives in neurodiversity.

The event had the participation of other people from various countries, highlighting the participation of many who are within the spectrum. They have explained how the pandemic has affected them, the special difficulties that many women with autism face, their work experiences and their concern that there is more connection between the educational system and the business world and other related aspects.

Among these people was Juan José Sibaja, formed by Specialisterne Spain and currently working at Procter & Gamble Costa Rica, who has highlighted that he works in a “people-centered organization, where there is an open dialogue and where he could learn every day”