For universities and business schools

Specialisterne, born in 2004 in Denmark, has already operated in 23 countries around the world. With a very innovative model, Specialisterne is already a benchmark in the labor inclusion of people with autism, but also an example of social entrepreneurship with an international vocation.

Derived from this, Specialisterne has captured the interest of the media, is referenced on numerous occasions and in areas and has also been the object of study by the academic world, especially from the point of view of social entrepreneurship, innovation, diversity and human resources.

This has led to the publication of various cases or articles in which Specialisterne is analyzed. Also, in the active participation of Specialisterne in sessions, conferences, events, classes, etc. from universities and business schools. And, also, in cooperating in research projects for bachelor’s and master’s degrees, often using Specialisterne as the framework in which to carry out those projects.

On the other hand, as a result of the Specialisterne collaboration agreement with the Signe Foundation, various actions were derived, such as a scholarship program for Specialisterne students, a dissemination campaign in Spanish universities, a guide for academic staff, a guide for university students and 3 dissemination videos about the experience of people with autism who have or who have tried to have university studies.

The most prominent publications related to Specialisterne are:

Specialisterne is a good example of social entrepreneurship, international expansion, innovation in human resources, talent management in the IT area, integration of diversity, etc. We can participate in courses on these topics from different points of view, and use from cases such as those published by Harvard Business Review or by EADA to our canvas of social business model or value proposition.

You can see a brief example of our presentations in this video made within the framework of Momentum, an initiative to support social entrepreneurship by BBVA and the ESADE Business School. Or this other video, on the occasion of the 2016 Executive Meeting of the EADA Business School.

Download here our guide for academic staff and the guide for university students, with which we want to promote the inclusion of people with autism in the university. 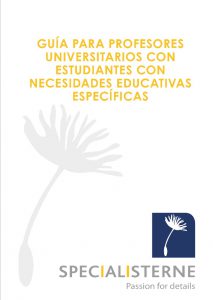 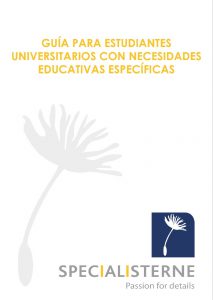 And watch these videos about the experience of people with autism who have or have tried to have university studies.

The first video is from Manel. Graduate in Mathematics and Specialisterne consultant. He applies perseverance, flexibility and logical ability to his work.

This second video is by Albert and Marc. Albert has a degree in Law and in Business Administration and Management. Marc finished the first cycle of Biology.

Albert: “The diagnosis meant getting to know myself better.”

Marc: “Before the diagnosis, I felt like a very different person from the others.”

And finally we introduce you to Mariano. He tried three times to study Library and Information Science.

Mariano: “Social was the biggest challenge for me”.