In Spain, Specialisterne has operated since mid-2013. The first adults with ASD and / or similar diagnoses began training in October 2013, and working as consultants in March 2014. In 2021, the number of people to whom we have provided employment in Spain and the other countries in which we operate from Spain now rises over 450 people.

Following in the wake of other Specialisterne offices around the world, in Spain we have already obtained the recognition of some entities and organizations, which we thank for having valued the work we do in favor of the labor inclusion of people with ASD.

B Lab, a global organization, creator of the B corporation certification that recognizes companies that use the strength of their businesses to create good, has awarded Specialisterne the “Best for the World 2019” award as one of the best companies for the world for its positive social impact, in the form of community. 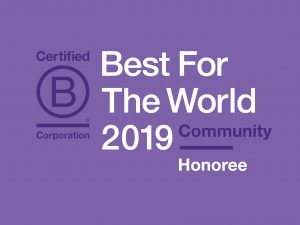 The Spanish Confederation of Small and Medium Enterprises (CEPYME) and the Spanish Federation of Self-Employed (CEAT), with the collaboration of Inserta Empleo of Fundación ONCE have awarded Specialisterne in the SME category for the Labor of Including People with Disabilities within the its IV announcement of the CEPYME AWARDS 2017. 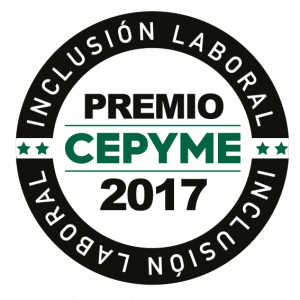 The Chamber of Commerce of Terrassa has awarded one of the two awards in the Commitment and Sustainability category within its edition of awards to the most outstanding companies of 2016 to Specialisterne.

The Consortium for Social Action of Catalonia selected Specialisterne as one of the 10 innovative social initiatives highlighted in 2014.

The Alares Foundation in its VII edition of the Awards for the Prevention of occupational hazards aimed at people with disabilities has awarded Specialisterne in the category of SMEs.

The Randstad Foundation in its XII Edition has awarded Specialisterne in the SMEs category for its innovation and labor integration of people with ASD / Asperger in the Information Technology sector. 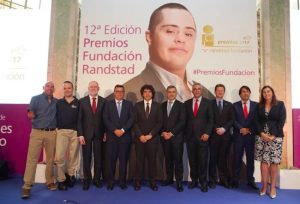 The Barcelona City Council has awarded seven social initiatives that have recently been implemented in the city and that provide solutions to various social problems and, among them, Specialisterne. 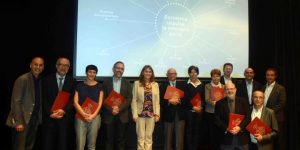 SOS Network Awards promotes the social inclusion of students with special needs in education, training in general and in the job market. In the 2014 edition of its Awards, held in Madrid, Specialisterne was one of the five nominated initiatives. Our congratulations to the winner, the ONCE Foundation. 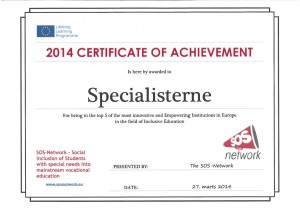 Specialisterne was one of the 10 social enterprises selected in the third edition of the Momentum Project, an ESADE and BBVA initiative that seeks to support enterprises that have demonstrated their viability, capacity for impact, and potential for growth and scalability.